It is one of the Government’s “Roads of National Significance”, an essential section of the Wellington Northern Corridor.

The project saw Natural Habitats plant 1.4 million eco-sourced plants, use 85,000m3 of mulch and cover 92 hectares with planting.  This was made up of more than 60 different terrestrial and wetland plant species through approximately 20 different landscape treatments – from emergent wetland areas and stream embankments to bridge abutments and sand dune revegetation. The intent behind the project was to form a wildlife and continuous flora corridor from QE2 Park in the South along the edge of the Tararua foothills to Peka Peka in the North.

Over three years, we employed a full-time maintenance team between 10 to 15 people to work on the project, focused on eliminating noxious and problem weeds.  One of our key performance indicators was to achieve 80% canopy coverage by the end of the three year maintenance period.  This has been largely achieved, and where 100% coverage has been reached, this has meant ongoing maintenance is vastly reduced. 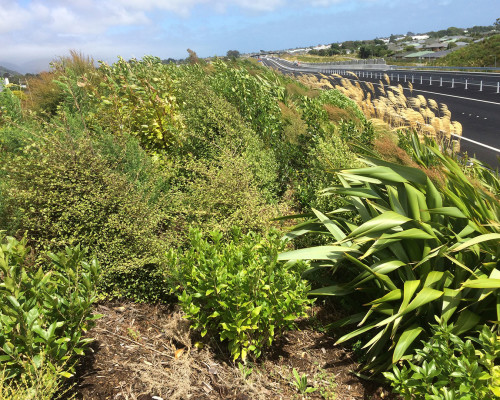 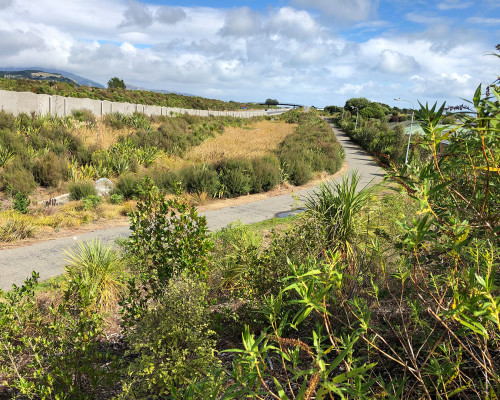 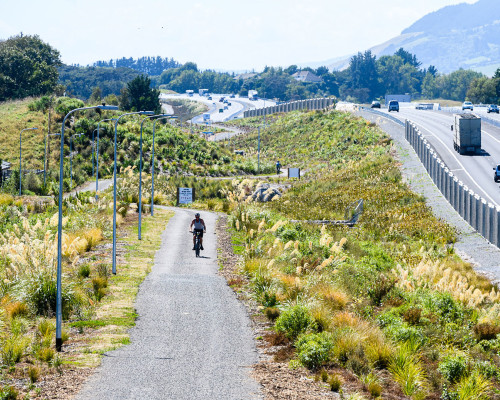 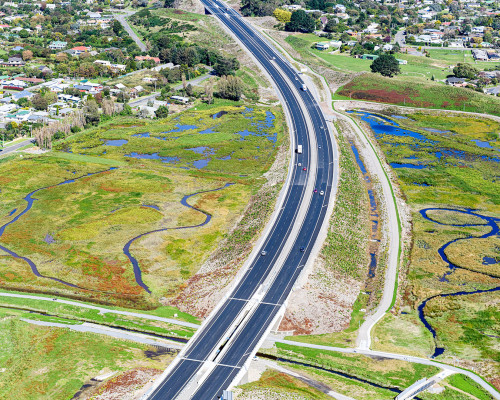 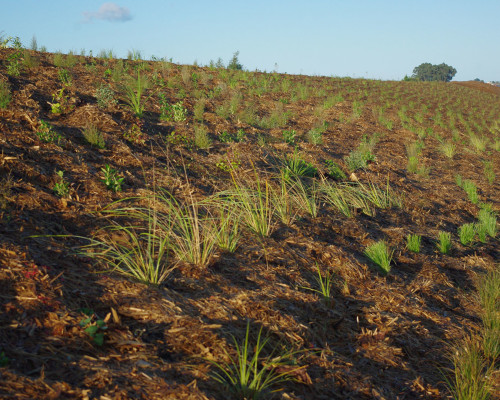 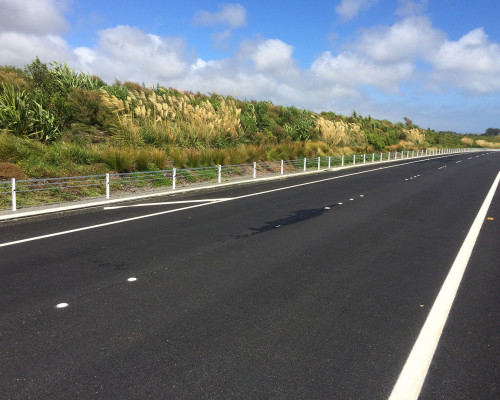 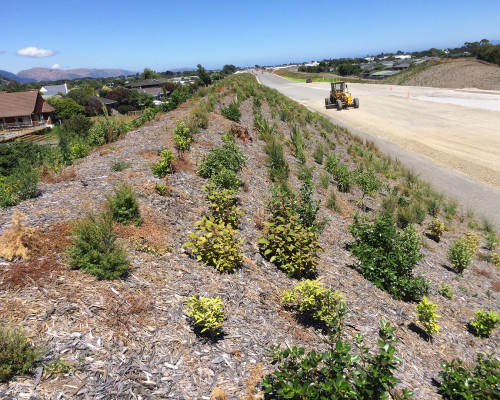 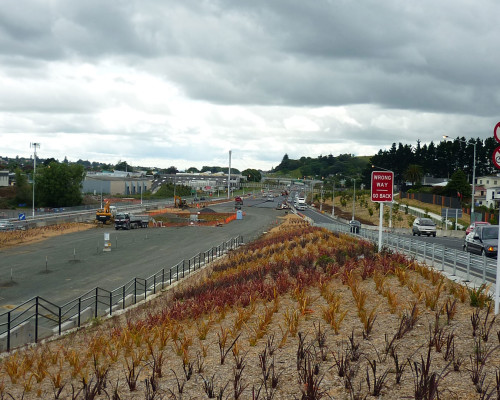 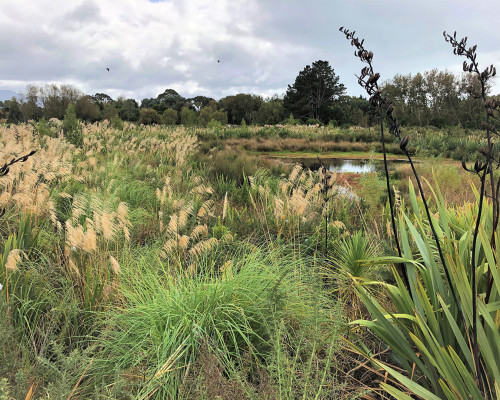 The light soils and excellent climate on the Kapiti Coast made the growing of plants relatively straight forward. However, it also made the weed growth prevalent in the early stages of the project.  Through an intense programme of spraying, weeds have now been largely eradicated from the road corridor.

The native re-vegetation planting palette has been designed to be self-sustaining through natural seed dispersal.  After three years, this is now evident with seedlings appearing in many areas.

Passing through both urban and rural areas, shelter plantings were installed to form noise barriers and achieve visual mitigation.  The design incorporated many new wetlands which have encouraged birdlife and increased fish populations.  Natural Habitats is proud to have assisted with the shared goal of making the expressway fit into an urban landscape and contribute significantly to New Zealand’s biodiversity goals.

Natural Habitats is proud to have assisted with the shared goal of making the expressway fit into an urban landscape and contribute significantly to New Zealand’s biodiversity goals.